Home / When Should You Replace Your AC Unit?

When Should You Replace Your AC Unit?

It’s a fact that your AC will not live with you forever. It comes with an expiry date of its own, regardless of how much you care for it after the air conditioning installation in Toronto.

When should you replace your air conditioning system? It all relies on the age and present condition of the air conditioner. The optimum time to replace an air conditioner is determined by how many years have elapsed since the system was installed and if it is cheaper to repair or replace it.

1. Your Unit Is Older Than 15 Years
Air conditioners are not designed to endure indefinitely. In reality, an air conditioner will survive as long as the typical home occupancy – about 10–15 years. After that, an A/C system is more likely to exhibit more issue symptoms, which might result in costly repairs. As these issues grow more common, it may be more cost-effective to replace the central air system.

When it comes to the age of an air conditioner, the following factors should be considered while deciding whether to repair it or replace it –

When comparing the expenses of A/C repairs against a new air conditioning system, use the 5,000 Rule used by experts of air conditioning installation in Mississauga, which works like this –

When refrigerant has to be replaced, it’s typically due to a coolant leak, a significant problem for any air conditioning machine. R-22 — Freon — is the coolant used in older air conditioning units to keep the air at the appropriate temperature. R-22, on the other hand, is being phased out by manufacturers due to its high emission levels, making it more expensive to repair in faulty units.

4. Utility Bills Are Rising Due To The HVAC

As climate changes vary and energy providers charge much more for their supplies, heating and cooling prices are likely to fluctuate from year to year. However, if you see unusual jumps in your energy costs from one month to the next, something is wrong with your energy use.

You’re probably utilizing too much power if the variation in your electricity bill between May and June exceeds $20, rather than the usual $5 increase between spring and summer. We can help you save extra money on costly HVAC services and replacements. To call for services like air conditioning installation in Vaughan, ring us at 647-277-9452. 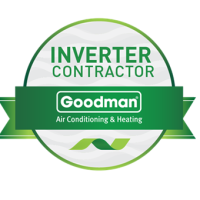 This Program is delivered by Enbridge Gas Distribution in partnership with the Government Of Ontario and Save On Energy.